“Everyone knows that the Super Bowl is the biggest game of the year. But there’s a lot even the biggest football fan may not have heard about the big game. Here are craziest and most interesting Super Bowl facts to keep you going until kickoff!”……….https://www.rd.com/culture/super-bowl-facts/ 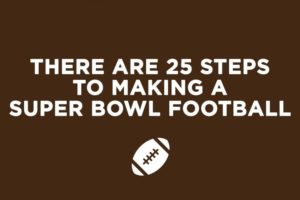 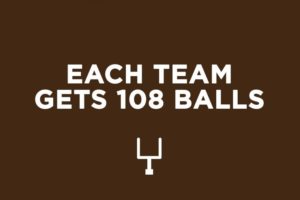 The ball is crafted by hand in the U.S.A.

No ordinary coin will do….. Don’t even think of flipping a penny or quarter to start off the Super Bowl. Each game gets it own unique coin crafted by the Highland Mint. The front of the coin features the Lombardi Trophy along with the helmets of the two teams playing. Super fans can purchase a replica coin after the game.

Each team gets a lot of balls. Over 100 each! Learn more: https://www.rd.com/culture/super-bowl-facts/

The players drive in style!

What really happens during halftime?

Super Bowl = big bucks………..You might have known this Super Bowl fact already, but getting to the big game isn’t cheap. The average cost of Super Bowl 50 tickets in 2016 was over $4,700, says Brisa Trinchero, founder of shoowin.com, a ticket sales site. 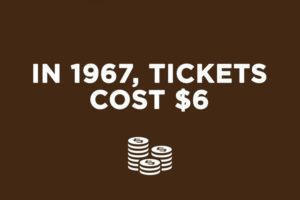 But not back in the day…Tickets for the very first Super Bowl in 1967 cost an average of $6, which was apparently too pricey for many. According to Trinchero, there were 30,000 empty seats!

Halftime performers make how much? Katy Perry, Bruno Mars, and even Beyoncé didn’t get paid a single dime to perform at past Super Bowls. But don’t feel too badly for them. Trinchero shares that although they don’t get actual cash, the exposure can be worth tens of millions of dollars, and often the halftime show scores higher ratings than the actual game.

It’s good to be family—or a friend

Those crazy-expensive ads…. This is another Super Bowl fact you’ve likely heard about before: Those ads are big money. On average, a 30-second Super Bowl spot runs in the millions. The most expensive of all time? A $12.4 million ad by Chrysler in 2011.